Glacier Park in Union Station is a great place to visit this holiday season. Brookside Contracting recently played a role in the installation of a fire/water/light show there. The show takes place above the one-acre lake beneath the train shed. Brookside's role in the project was to install a 43,000 sq. ft., 36 mil, LLDPE reinforced liner in the lake beneath the new attraction.

The liner covers the bottom and sides of the lake and the process by which it was installed is quite interesting. The task involves using multiple rolls of LLDPE liner in varying sizes, the largest in this case being 150' by 120'. Then it is a matter of welding those pieces together. We use two tools in this process, a wedge welder and an extrusion welder. The wedge welder heats up two pieces of liner and welds them together. It is mostly used on long, flat seams. The extrusion welder is specially made for this type of liner and is used for vertical seams and around existing structures, such as pillars. The extrusion welder could be compared to a hot glue gun on steroids. It preheats the material to be welded and then extrudes melted plastic to bond the materials together forming a water tight seal. Additionally, the liner was attached to the concrete walls surrounding the pond with a stainless steel termination bar using stainless steel anchor bolts. The liner used on this project was purchased from Anjon Manufacturing, a local company.

The fire/water/light show includes a 100 ft. waterfall with 50 nozzles that spray water 40 feet downward into the lake. A 100 ft. LED light bar shines on the water to create varying effects and 8 "lotus" pods shoot fire up 25 ft. into the air and also emit a fog illusion. The fire/water/light show is a main feature of Glacier Park, which also includes a 4700 ft. ice rink and a 95 ft. ice slide.

Glacier Park is just one part of the Holidays at Union Station Events, which also include the North Pole village with its many displays and activities and the Santa Express Train Ride, which is the centerpiece of the holiday event.

Brookside was honored to play a role in the Glacier Park project led by the Paric Corporation. 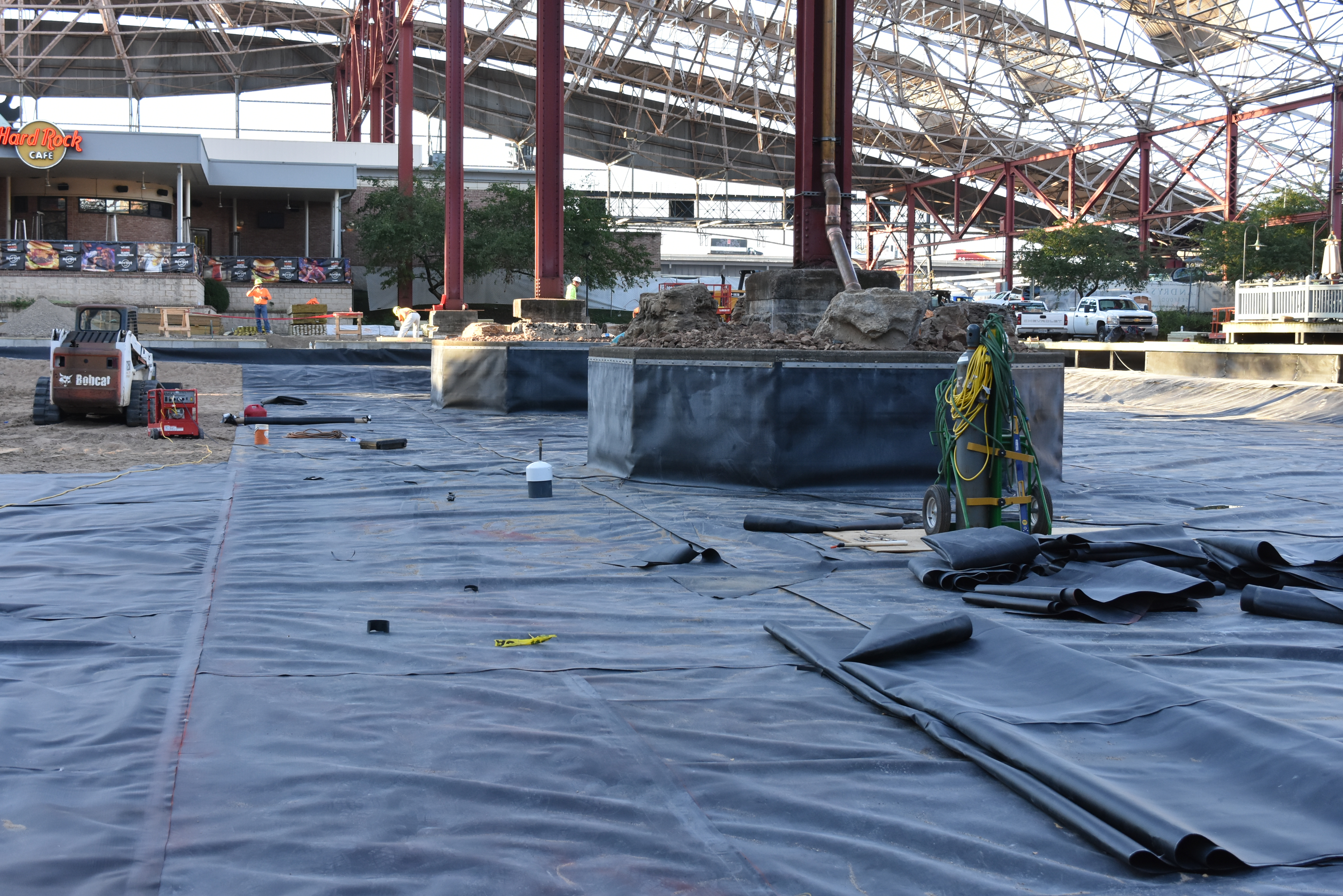